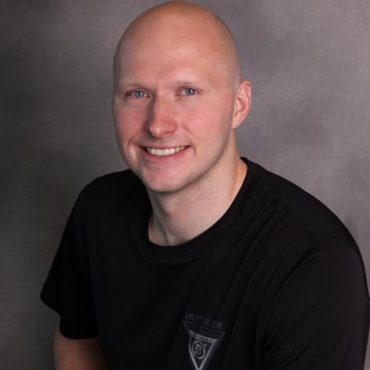 Mr. Chris Baardsen began his involvement in the martial arts at the age of nine.

Throughout Baardsen’s training in the martial arts, he has trained at seven different training centers throughout Wisconsin. His experience, training, and education allows his members consistent, high end training.

Chris Baardsen is a top-level instructor that motivates his students to greater achievement while keeping classes challenging, exciting, and dynamic. While Baardsen continues to train himself, he finds passion in teaching and sharing his knowledge with his members and those within the community.

At a young age, Baardsen excelled in Sport Karate Point Fighting at tournament competitions. As an adult he has won a total of 14 Grand Championships at both State and Regional levels.

In both 2010 and 2012 he was the number one ranked Point Fighter in the State of Wisconsin through the Wisconsin Black Belt League (WBBL) Tournament Circuit. On January 15, 2015, Baardsen was recognized at the 2014 NASKA Awards Banquet in Chicago, IL as a World Top Ten Ranked Sport Karate Point Fighter after placing 2nd for the year in the 18 Years of Age and Over Men’s Black Belt Heavyweight Division.

The North American Sport Karate Association (NASKA) is the premier sport karate tournament circuit in North America and attracts top-level competition from around the globe. Baardsen competed in several NASKA World Events around the country in 2014 allowing him this recognition.

As a former Police Officer, Baardsen has firsthand knowledge of being in situations where individuals suddenly become violent.

In addition to his numerous certifications, rankings, and real-life experience he also has proven his skills by being a certified Defense and Arrest Tactics Instructor; through his instruction active duty officers learned how to control individuals who are combative or resisting arrest. He is also a certified Krav Maga Worldwide Force Training Instructor and has previously led classes for his former department where he taught his fellow officers the same principles and techniques of Krav Maga that he teaches at Impact Martial Arts.