Kali is an indigenous fighting art in its truest form

A systematic art of combat fighting based on the science of Strategic and Tactical applications of Counter-Offensive techniques as defense. It’s methodology of “Learn to Teach, Teach to Learn” speaks of its core process of Know, Understand and Apply in order to “Flow”. Kali is a complete system for Self-Protection.

CHARACTERISTIC FOR KALI IS THE USE OF ONE OR TWO ARM-LONG STICKS, SWORDS AND KNIVES FOR PRACTICE (AND FIGHTING).

The combative strategies and tactics within Kali are developed within motion and the mechanics of the flow and are structured according to the characteristics of the weaponry employed – whether it be edged, impact or empty hand – combined with the principles of human anatomy, physiology, and kinesiology as the foundation and basis for tactical manipulation and application. Kali is the indigenous fighting art of the Philippines. With its Cultural and Philosophical values its history traces back more than 1500 to 2000 years in the past. The Pekiti-Tirsia System of Kali originates from the province of Negros Occidental, Philippines and was formulated by the Tortal family of Negros and Panay islands. The family patriarch, Conrado B. Tortal, passed this system and its attributes onto his only grandson, the sole heir and its present guardian, Grand Tuhon Leo T. Gaje Jr. Majority of Police Officers and Law enforcement personnel in the US, Europe, and Asia have viewed the Police Training Film “Surviving Edged Weapons” which was produced by Calibre Press Of Chicago, USA, recognized worldwide as the best training tape on Edge Weapon awareness which featured GrandTuhon Leo T. Gaje Jr. Pekiti-Tirsia Kali is the only system recognized by the Philippine government including the teaching of the system to the elite ForceRecon Philippine Marine Battalion, Armed Forces of the Philippines. 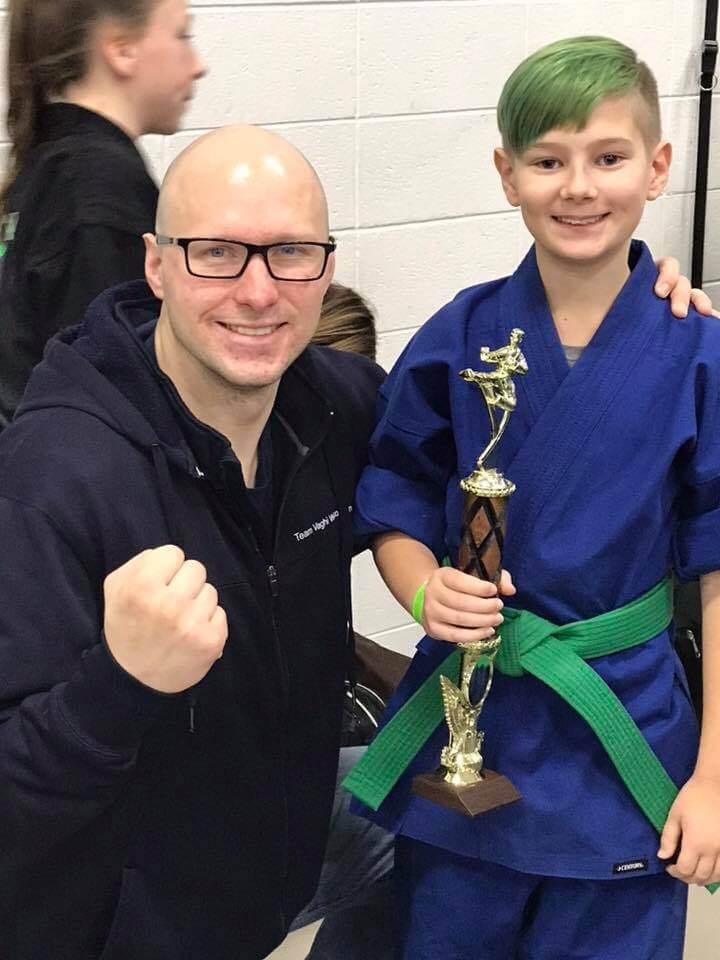 HOW IS IT DIFFERENT?

The distinguishing characteristics of Kali and of the Filipino Martial arts is the principle that weaponry is instructed first and then progresses into the final stage to empty hands skills.

THE STRATEGIC REASONING BEHIND THIS STRUCTURE IS THAT:

Through the World Kali Association, Impact Martial Arts trains under Tuhon Apolo Ladra who has trained the martial arts for over 40 years. Having reached the rank of 7th Degree in several Tae Kwon Do Associations and teaching thousands of students while managing 57 martial arts schools for a leading organization, he is most noted for his pioneering efforts of promoting the Filipino Martial Art of Kali. Achieving the Rank of Master under the direct Heir of Pekti Tirsia Kali, Grand Tuhon Leo T. Gaje Jr., Tuhon Apolo has been honored with the Black Belt Magazine’s Hall of Fame as “Weapons Instructor of the Year” for his technical knowledge and spread of the Combat Arts… Tuhon Apolo Ladra is the Founder of the iKALI and the World Kali Association. The WKA was created to standardize curriculum and requirements for students, instructors and school owners while spreading the indigenous art of the Philippines, the Art of Blade, worldwide.